Emotional Intelligence for a Compassionate World

I just completed an online course, Emotional Intelligence for a Compassionate World. It’s sponsored by the Charter for Compassion Education Institute.

The course turned out to be a wonderful exercise in self-reflection, as well as an opportunity to interact with participants from all over the globe on the relationship between emotional intelligence and compassion. It was just the antidote I needed to counteract my negative feelings over the election circus and the Bathroom Bill, and various other issues that have raised my ire lately.

I highly recommend it to anyone who wants to connect with a global community of fellow human beings seeking to bring about a more compassionate world. The instructor, Barbara Kerr, from Los Angeles, does an excellent job of moderating the online discussion, answering questions, and responding with helpful comments. 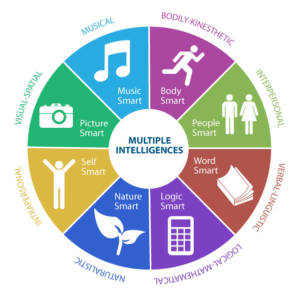 The skills of emotional intelligence include understanding oneself and acting out of empathy for others–a natural fit with the goal of Charter for Compassion, which promotes the Golden Rule as the standard for behavior everywhere. Emotional Intelligence for a Compassionate World is a course which is based on the assumption that people with highly developed levels of emotional intelligence tend to behave more compassionately than those with weaker EI skills.

The course is aimed at assisting the participant in

Syllabus for the Course

This course represents one of many initiatives going on today to increase compassionate behavior in our homes, communities, and around the globe.

It offers a great opportunity for adults to assess their interpersonal skills and to strengthen those that need developing.

At its essence, the course is the grown up version of a lesson that Bebe, the grandmother of my cousins Bryant, Beth, and Gene, taught to all of us when we were children.

Bebe showed us how to put on our Golden Rule Gloves one finger at a time, ending with our hands clasped together. Do-unto-others-as-you-would-have-others-do-unto-you.

I’m pretty sure that if we heeded Bebe’s advice to put on our Golden Rule Gloves every day, we would act with more compassion to all those around us. And, maybe, just maybe, we could convince some of our politicians and legislators to put on their Golden Rule Gloves as well. That would surely raise the EQ of our state and nation considerably.