This post was published on: 01/28/20 in the Writing category 0 Comments

No stronger character did the long struggle produce than those great-soul Southern Suffragists.

On January 20, 1920, the South Carolina legislature defeated the Nineteenth Amendment. The defeat was devastating to South Carolina suffragists, who had persevered through setbacks and disappointments in their struggle to bring the vote to the women in their state.

Seventy-two years had passed since the suffrage movement began at Seneca Falls, NY, in 1848, with the Declaration of Rights and Sentiments. Women from across the nation had worked for decades for the passage of a national amendment. Now it seemed the tide of public opinion was finally shifting in favor of granting women the right to vote.

But on January 20, South Carolina joined the former Confederate States, with the exception of Texas and Tennessee, that would ultimately reject the Nineteenth Amendment. It would be July 1, 1969, decades after the passage, that South Carolina officially ratified.

Patti Ruffner Jacobs of Alabama lamented the condition of her fellow Southern suffragists:

It only remains for the outward and visible sign of our freedom to be put in the hands of Southern women by the generous men of other states, a situation which hurts our pride and to which we submit with deep regret but not apology.

South Carolina suffragists must have taken some consolation when the Tennessee legislature became the thirty-sixth state to ratify, passing the amendment into law. But the fact still remained that the men of the South Carolina legislature, in voting no, had chosen loyalty to state’s rights over extending the vote to their women.

Chapter 24 of In the Fullness of Time provides a glimpse into the lives of Hattie Barton and Alice Barton Rivers, on the eve of the defeat of the Nineteenth Amendment in South Carolina. Click below to read an excerpt. 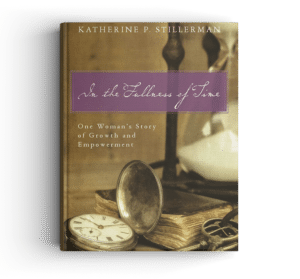