Book Marketing: What I Did Differently the Second Time Around, Part II

26 Jul Book Marketing: What I Did Differently the Second Time Around, Part II

This post was published on: 07/26/17 in the Marketing and Promotion, Writing category 0 Comments 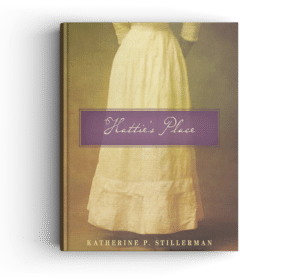 In the last blog, I talked about lessons learned from marketing and promoting Hattie’s Place. (http://bit.ly/2tAjgrD). This time, I’ll share some marketing resources I’ve used with my second novel, In the Fullness of Time.

Free features come with several of the resources I’ve listed. These include author dashboards for posting author pictures and bios, a place to advertise your books, as well as generous tips and strategies for marketing and promotion. However, most services do involve some kind of fee if you want your book promoted through their mailing lists/social media accounts.

My goal is to gain exposure for In the Fullness of Time, especially with readers who enjoy historical fiction. I also want to get as many reviews for my book as possible. Thus, I have spent a large part of my marketing budget on services that distribute information about my book to large groups of readers in my genre. These appear to be the steps that will ultimately drive sales.

For a fee of $149, WordSlinger listed my book on its website. Reviewers can see the details and request a copy for review. In addition, WordSlinger sent requests for reviews to thousands of reviewers. These included journalists, editors, and book bloggers in the historical fiction genre. WordSlinger advertises increased exposure for books through social media–Facebook, Twitter, and Google+.

Thus far I’ve had six requests for reviews and one request for an interview on a blog site. I also received notification from Midwest Book Review that the June 2017 issue of its online magazine Small Press Bookwatch featured a review of  In the Fullness of Time. The review will be archived on the Midwest Book Review website for the next five years at http://www.midwestbookreview.com

OnlineBookClub Book of the Day

A growing website for readers, with 150,000 members, OnlineBookClub offers a free author dashboard and other author services that are not free. For a fee of $498, OnlineBookClub featured In the Fullness of Time as its Book of the Day on March 18.

The book received extensive exposure on Twitter and Facebook, and resulted in 34 Kindle copies being purchased between March 18-21. I dropped the Kindle sale price to $2.99 as per the campaign recommendations, which brought my profits to $101.66–hardly a good return for the investment.

OnlineBookClub recommends that you offer your book for free as Book of the Day, and they reduce their fee considerably if you do. They claim that you can distribute many more copies that way, and that you will experience a bump in paid sales afterwards. I did not find that to be the case when Hattie’s Place was Book of the Day two years ago.

There are a number of sites that encourage free book promotions to drive sales. However, I’ve not seen any positive results from doing that thus far, and I tend to agree with those who argue that it devalues your book not to charge anything for it.

I’ve priced my books at the lowest level Amazon allows to still receive any kind of royalty, and I’m always willing to drop the price of either book for a period of time. However, I’ve gotten to where I rarely offer one for free. The exception is the Goodreads giveaway discussed later in the blog, but I think the premise for that is different. I could well change my mind on this topic after I’ve published more books, but for now I feel it’s best not to go the free route.

For a fee of $24 per promotion (per day), The Fussy Librarian featured In the Fullness of Time in their daily e-mail to 120,000 subscribers. In order to be considered for this promotion, my book needed at least 10 reviews and a rating of 4.0 on Amazon. The book experienced a brief but insignificant bump in sales for the promotional day only.

The Fussy Librarian also sends updates on free and cut-rate books in the genre of interest and encourages readers to write reviews. So far, I’ve purchased, read, and reviewed London for Immigrant Suckers by Kola S. (http://bit.ly/2sLXTCs). It’s a good source for finding free and inexpensive books to read in your genre.

I purchased a one-day promotion for a fee of $25. As in the other day-long promotions, I got a slight bump in sales for the promotional day only. Ebooklister will also list free books for no fee.

(http://askdavid.com/book-promotion) For $15, AskDavid.Com will promote your book to its extensive following on Twitter and encourages you to increase activity by retweeting and liking each tweet. The website has a number of free resources about book marketing that I found helpful.

Amazon targets these ads to customer searches matching key words created for the book being advertised. For example, I generated a list of  over 100 keywords relating to In the Fullness of Time, such as women’s fiction, literary fiction, historical fiction, coming of age fiction, etc. I then identified books similar to mine and authors with a similar writing style to use as keywords for my ad.–e.g., Summer Before the War/Helen Simonson, In Farleigh Field/Rhys Bowen, Mistress Suffragette/Diana Forbes, etc.

For a good, free website that tells you how to  set up ads on Amazon and maximize the use of keywords, check out https://kindlepreneur.com.

These ads are generated much the same way, but they show up on other author’s sales pages. (You’ve seen them along with a message like “people who enjoyed this book also might enjoy…”). I started this campaign on May 27 as well and have had 49 impressions, 0 clicks, and have spent 0 money. You only pay when someone clicks on your ad.

Clearly, the Sponsored Product Ads are working better for me. However, even that ad is not yet paying for itself.

I also participate in a number of author chat groups, post the books I am currently reading, and make recommendations and write reviews of the books I finish.

Goodreads is a web site that any author would be foolish to ignore. It has 55 million registered readers, 50 million total reviews added by members, 300 million page views, and 45 million unique visitors a month. It offers such an extensive menu of opportunities for readers and authors to interact, and so many levels of author services, that it takes a while to figure out how to utilize the site as a marketing tool.

This time around, I decided to use the Goodreads self-serve advertising option to promote In the Fullness of Time. The first step was to write the ad, which was essentially the title of the book and short description, with a picture of the cover displayed next to the text. My ad reads:

Goodreads then allowed me to target my ad by genre, gender, and age. I only selected to filter by genre.
Ads cost $0.50 per click, and I could determine how many maximum clicks per day I would allow. I chose 10, or $5.00 per day, and I invested $100 in the campaign.

No Worry About Runaway Spending

When the money is spent, Goodreads will pause the campaign until I submit more money or notify them to end the campaign. I don’t have to worry about runaway spending.

When a Goodreads browser searches for a book in my genre, my ad will pop up. That will be recorded in the stats as a “view.” If the browser clicks on my ad, it will be recorded as a “click.” If the browser adds the book to his/her “shelf,” that statistic will be reported to me as well. The daily reports also include amount spent and cost per click.
My ad has been running since May 28, and I’ve only spent $26.50. I’ve received a total of 200,982 views, 53 clicks, and 33 adds to readers’ shelves.

My latest marketing strategy is a Goodreads Book Giveaway. I’ve read numerous posts on the pros and cons of doing this. Some say it’s a great way to get reviews and drive sales; others say it’s not worth the expense. It’s too early to tell, but here’s how it works.

Thus far, I can say that it’s encouraging to have gotten my book in front of 1226 interested readers. Fifty copies will soon be in the hands of readers from all over the country, as well as Canada and the UK. The results won’t be immediate, but there’s a good chance the campaign may drive sales and yield additional reviews over time.

The down side is that the campaign requires a considerable investment with no guarantee of returns. (50 x copies at author’s cost x cost of mailers x cost of postage = $500.) The cost of mailing at book rate to winners in the US was $2.63 a copy. The cost drastically increased when mailing to Canada ($15.00) and the UK ($22.50).

Some Drawbacks to Giveaway Programs

Goodreads allows the author to control the number of giveaway copies. It also gives the option to check which countries can be included in the giveaway. I’d probably limit any future giveaways to the US because of the expense of mailing outside the country. However, I really think my books would sell in Canada and the UK. Thus, I wanted to reach out to those markets by including those countries.

From the random sample of 50 drawn from 1226 names, 30% came from the US, 20% from Canada, and %10 from the Great Britain. That confirms my hunch that the book, or at least a free one, appeals to readers outside the US.

I’ve always assumed my books appeal more to women than men. I think there’s evidence from that unscientific method of collecting data that I’m right. I don’t have any data on what percent of men vs. women are members of Goodreads and if my data would be influenced by that.

Until recently, Goodreads only allowed hard copies in their giveaway program. However, I believe that they have now extended the program to include books on Kindle. That would certainly alleviate the mailing costs.

I’m Learning by Doing that it takes continuous effort to promote and market a book. I’ve made some unwise purchases when it comes to services. I’ll chalk those up to experience and correct them the next time around. Hopefully, by sharing my experiences with others, I can provide a basis for others to evaluate the choices I’ve made, so that they can make better and less costly ones.

Finally, I’m repeating the offer I made in the last blog on Marketing a Book:

Are you someone who finds marketing a book “a piece of cake”?  Then, please share your tips for success in the comment section.  Or, you can e-mail them to me at kstillerman@triad.rr.com.

Would you like to write about your experiences with successful book promotions as a guest blogger on HistoricalNovel.com?  If so, just attach your blog to an e-mail and I’ll post it.