One Hundred Years of Women’s Suffrage: February is a Big Month

07 Feb One Hundred Years of Women’s Suffrage: February is a Big Month

This post was published on: 02/7/20 in the Writing category 0 Comments 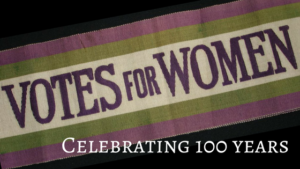 It’s February 1920 and a big month for suffrage. Six states will come on board, as their legislatures ratify the Nineteenth Amendment, giving women the right to vote.

By the end of February, thirty-three states will have ratified. Only three more states will be required for the Nineteenth Amendment to become law, and for women to vote in the 1920 election.

By March 1, four states will have defeated ratification:

Hope for passage will rest with ten states. With their dogged commitment to state sovereignty, Florida, Georgia, Louisiana, and Mississippi will be unlikely to vote yes for a federal amendment. That leaves six states:

By the end of March, West Virginia and Washington will come on board, increasing the tally to thirty-five. Only one more state must ratify to reach the two-thirds majority of thirty-six of forty-eight states.

…And then the long dry spell follows. April, May, June, and July will pass before the heart-stopping moment when when the Tennessee legislature decides the fate of the Nineteenth Amendment by only one vote!

I hope you’ll continue to follow along as we retrace the final year of the journey to enfranchise the women of the United States and remember some of the suffragists who were pivotal in bringing it about.