Over the Mountain: Fiction or Memoir?

07 Apr Over the Mountain: Fiction or Memoir?

This post was published on: 04/7/18 in the Writing category 0 Comments 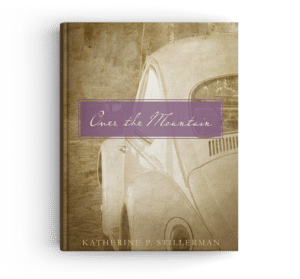 Okay, I guess it’s time to address the questions being fired at me about my new novel, Over the Mountain: Is it fiction or memoir? The best general answer I can give is that the book is a work of fiction, based on memory and imagination. While some of the incidents in the story are true, they are not factual. I fabricated a majority of the incidents. Over the Mountain is decidedly fiction, not memoir.

But the book is drawn from my memory of our family’s move in 1961, from Jacksonville, Florida to Mountain Brook, Alabama, and my experiences there until I left for college in 1963.

The upheaval was devastating to me because it was our second in two years. We’d moved to Jacksonville in 1960, from rural Siler City, North Carolina, so that my father could become pastor of Morningside Baptist Church.

It was only two months after my grandfather had died from pancreatic cancer, and we were still feeling his loss acutely. My grandmother sat in her rocker and wept for hours at a time. I’m convinced my father’s rushed decision to move us so soon after Granddaddy’s death related to his grief. He was an only child and had been extremely close to his father. Maybe he just wanted to get away from the memories.

As it turned out, the fit between my father and the church in Jacksonville was not a good one. My parents didn’t discuss the finer details with me; all I knew was that the mismatch resulted in my father’s resignation and our move to another church a year after we arrived. All of this took place right in the middle of my high school career, the summer after my sophomore year.

My early memories of Mountain Brook are clouded by teenage angst and my sense of playing the role of the outsider, the preacher’s kid trying to fit in and to be accepted. But by the time I went off to Furman in 1963, I’d made my peace with Mountain Brook. I’d developed a circle of friends at school and church, and had both broken a few hearts and had my own heart broken once or twice.

When my father accepted a position on the faculty at Southeastern Seminary in 1965, we moved back to North Carolina, to the town of Wake Forest. I was a junior at Furman and had met Bill Stillerman, the man I would eventually marry. See blog post Grateful to Celebrate Fifty Years of Marriage.

I only returned to Mountain Brook one time after we moved back to North Carolina. It was to attend the dedication of the new sanctuary of Mountain Brook Baptist Church.
I’ve come to  regret that I didn’t do a better job of keeping contact with school friends and church members there. My negligence can partially be excused by the fact that we were living in pre-internet and smart phone days. But it was also due to my being somewhat of an introvert who, even now, tends not to reach out to others like I should.

In many ways, my Mountain Brook memories are similar to those of any adolescent growing up in the segregated South in the sixties, during the era of the Cold War and the Civil Rights Movement.

Looking back from the vantage point of the present makes me realize how extraordinary those times really were. There was so much going on just over the mountain in Birmingham that would change the course of history. And yet, we were oblivious to it, separated by our privilege and consumed by our own daily agendas, which in my case was figuring out how to become an insider in a new town and school.

And it’s that looking back to make sense of things that I tried to write about in Over the Mountain. So, the setting, the series of historical events, and the emotions and feelings behind the story are autobiographical; but, the narrative is purely fictional.

What about the Characters?

For the most part, the Oechsner family is based on my actual nuclear family–my mother, my father, my sister, and my Grandmother, Mary, who lived with us. The real age gap between my sister, Betsy, and me is four years. I made it seven because I really wanted to focus on the teenage angst of the main character, Harriet, and have Lulu, the fictional sister, still be experiencing more childlike emotions. Thus, I inserted the fictional detail about the baby brother who was born between my sister and me and died when he was several days old.

The maternal grandmother, Gran or Hattie Barton, is the main character in my first two novels. They are based loosely on my real maternal grandmother, Mattie.
Aunt Minnie, who is based on my great aunt Ressie, also shows up in the first two novels. Uncle Richard, who is drawn from my real Uncle Schaefer and my cousin Bryant, show up as well. Both would make fascinating main characters in another novel.

When I wrote the chapter about Fritz and Frankie, I based the characters on Fred and Joan, my favorite cousins on my father’s side of the family. Although their courtship and dilemma over conflicting religious backgrounds  was real, it happened at a different time and in a different context.

Uncle Christof is based on my grandmother Mary’s brother Hans. The story of his visit is true but not factual. However, the various family emotions surrounding the visit are spot on.

Josie is purely fictional. I needed an insider to befriend Harriet and help her learn the ropes of the Mountain Brook social scene. Josie’s grandmother, Lillie Lane, is fictional, but based on a composite of the southern dowagers I’ve known. Likewise, Josie’s mother,Kak, is a stereotype of the southern divorcee and socialite of the day.

Duggie, Tony, and Halston Dunston are based loosely on boys I knew in Mountain Brook. Their stories are true but not factual.

All the other characters are fictional composites of people I’ve known at various stages in my life–friends, teachers, church members. That’s because I attended three high schools–Jordan Matthews, Robert E Lee, and Shades Valley, in three different states over the course of four years, and was a member of three different church communities in that same span of time.

I tried to depict the events of the Birmingham Civil Rights Movement as accurately as possible without having the facts dominate the story. I did break the rule to “show not tell” when it came to describing the freedom marches and bombs, rather than viewing the events through the main character’s involvement. For that oversight, my reviewers have justly criticized me. It’s something I will be aware of and attempt to rectify in my next novel, which, by the way, will go back a generation to 1929, and take up with Hattie Barton as she struggles to rise above adversity in the years of the Great Depression.

So, in the spirit of full disclosure, I have addressed the question of Fiction or Memoir in Over the Mountain. If I’ve omitted any details you’d like to know, just respond in the comment section or e-mail me at kstillerman@triad.rr.com.
Readers are always welcomed into the mind of this writer!