Writing Historical Fiction: Lessons from In the Fullness of Time

08 Jan Writing Historical Fiction: Lessons from In the Fullness of Time

This post was published on: 01/8/17 in the Writing category 0 Comments 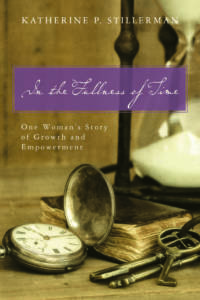 The More Things Change, the More They Stay the Same

Writing historical fiction convinces me of the truth in the adage “The more things change, the more they stay the same.” This truth hit home particularly hard as I completed the final draft of In the Fullness of Time: One Woman’s Story of Growth and Empowerment, one week prior to the 2016 Presidential Election.

As the election results dealt yet another blow to gender equality, I could see the theme of my book playing out in contemporary times. I added the following author’s note to the book as a result.

In planning the sequel to Hattie’s Place in 2015, I discovered that Hattie Robinson Barton’s coming of age as a mother and wife in Calhoun, South Carolina would have paralleled the national women’s suffrage movement from 1913-1920.

Hattie’s passion for the rights of women and children would have attracted her to the suffrage cause. Thus, I decided to explore the theme of women’s equality in In the Fullness of Time:One Woman’s Story of Growth and Empowerment.

The Numerous Antagonists Hattie Would Have Encountered

I wanted Hattie to get caught up in the movement, to pit her against numerous antagonists she would have encountered. Three of these would have been

I wanted to see how Hattie would work for change in the context of time and circumstance.

Relevance of the Theme to Modern Events Grew

The relevance of the theme to modern events grew, as I completed the first draft of the book in the fall of 2016. This was during the height of the campaign of the first woman to run for President of the United States.

Almost certain of the election’s outcome, I relished the idea of publishing the novel as a celebration of Hillary Clinton’s victory on behalf of women and little girls, and of the continuing struggle for human rights.

Surprise Ending Left Half the Country Stunned and Alienated

The 2016 election’s surprise ending left half the country stunned and alienated, much as Hattie and her sister-in-law Alice must have been when the South Carolina legislature defeated the suffrage amendment in 1920. “History does not repeat itself, but it often rhymes,” as Mark Twain reputedly said.

Carrie Chapman Catt referred to the southern suffragists as “great of soul” for their continued commitment to the cause of gender equality, despite the futility of their efforts as they faced resistance, not only from white male supremacists but from many of their own gender.

Inspired to Greatness of Soul

In the Fullness of Time cannot celebrate a victory for women in 2016. However, it can inspire us to greatness of soul as we pick ourselves up and continue our work for human rights in our own time and context as Hattie and Alice did in theirs. In that sense, history will repeat itself. A woman will be president in the fullness of time.

As one of Hattie’s granddaughters, I’d been certain the first woman president would come from my generation. My hope now rests in our daughters’ and granddaughters’ generation, one of whom will stand on the shoulders of the great advocates for women, like Hillary Clinton, and finally shatter the glass ceiling of equality. I, for one, have already joined the effort to make that happen.