This post was published on: 12/31/19 in the Lifestyle category 0 Comments

Order of the Longleaf Pine

Since I posted about our Aging-in-place project in August, a major change has occurred in our lives. On October 18, Bill officially retired from Baptist Retirement Homes of N.C., Inc., where he served as president since 1985. For thirty-four years, he travelled regularly to every corner of the state to develop and promote “The Homes.” It was a remarkable tenure, not only in terms of years but in terms of the difference he made in enhancing the quality of life for older adults.

I’m proud to say that the members of his board petitioned for him to be inducted into the Order of the Longleaf Pine Society. It is the highest honor awarded by the Governor of North Carolina to persons who have made significant contributions to the state and their communities through their exemplary service and exceptional accomplishments. Bill was truly touched by the award, and of all the ways he was honored and remembered for his work, I believe that meant more to him than anything else. He received a lovely plaque signed by Governor Roy Cooper and his name was read out on the floor of the US House of Representatives and entered into the Congressional Record. He is now in the company of North Carolina greats like Richard Petty, Maya Angelou, Andy Griffith, the Reverend William Barber, and Michael Jordan.

Mercifully, after almost six months of construction, our aging-in-place project was finally completed. We couldn’t be more pleased with the final product, which includes a two-car garage and a spacious laundry room on the same level. 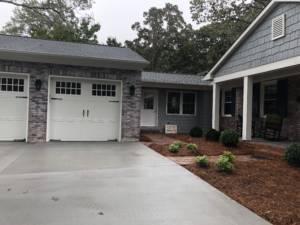 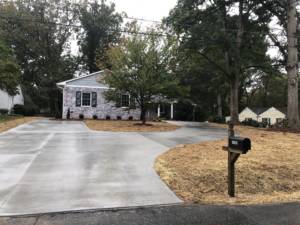 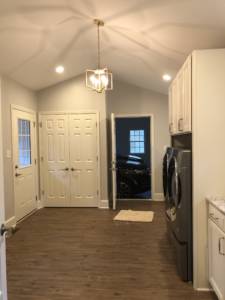 The weekend after Bill retired, we attended a family wedding in Covington, Georgia. It was for the youngest of Bill’s nieces and nephews, Liz, a beautiful young woman and professional dancer, who married her handsome prince, Phillip, who she’d met at Elon. We co-hosted a cocktail party for the bride and groom at Pam and Jim’s gorgeous home, with Bill’s sister, Jane, and her husband, Jim, and our sister-in-law Carol. It was another wonderful Stillerman gathering, much like the one I wrote about in my memoir, Retirement: A Journey Not a Destination. A Family Memory 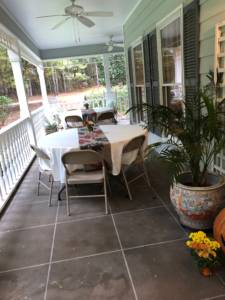 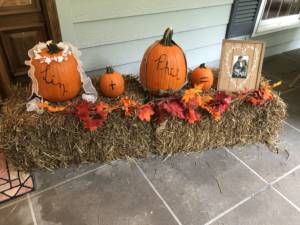 The week after the wedding, we left for a glorious month at Wrightsville Beach, where we enjoyed long walks, ate lots of fresh seafood, binge-watched the new season of  Jack Ryan, and talked a lot about how we want to write the story of the next phase of our life together. 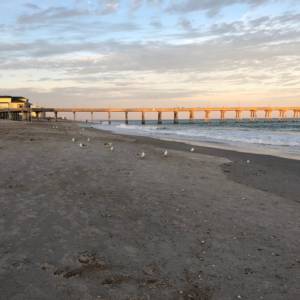 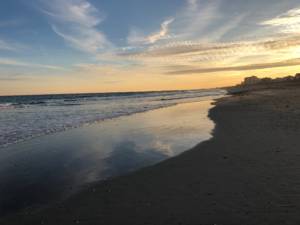 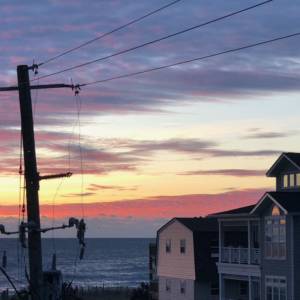 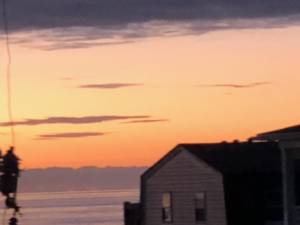 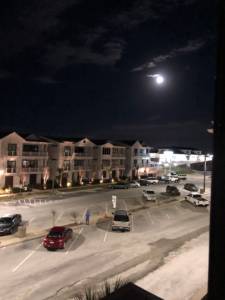 Todd and Debbie and Mattie and Will joined us for Thanksgiving, with turkey and all the trimmings, and we tried our hand at fishing off Johnny Mercer’s Pier, where Will caught a skate and Mattie caught a puffer fish which she immediately threw back. 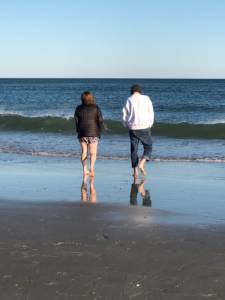 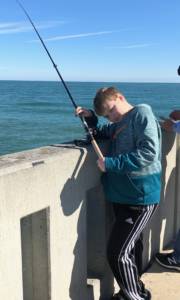 Our last night, we joined the crowds to usher in the Christmas season with the Wrightsville Beach Flotilla, followed by a giant fire works display. 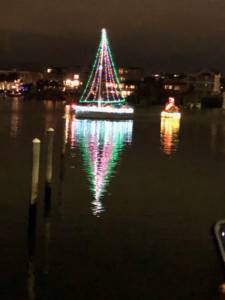 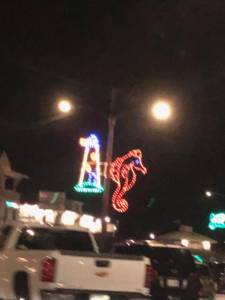 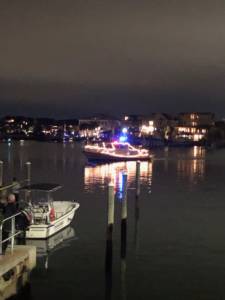 As great as it all was, when we finally returned to 1147 Strathmore Circle on December 2, we agreed that there really is no place like home.

It was our year for all the kids and grandkids to be at our house for Christmas. We are twenty in number now, with ten adults and ten grandkids. This old place was rocking and rolling from December 25 to December 28, when the last car pulled out and Bill and I collapsed in a heap of happy exhaustion. 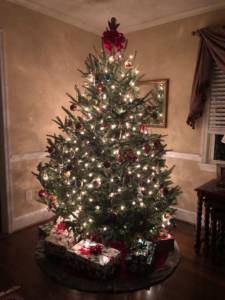 As the calendar turns from December 31 to January 1, we look forward to new beginnings. May we all continue writing our life stories into the next decade and beyond. And may those collective stories contribute to the building of loving families as well as kinder, gentler communities and a kinder, gentler world.