This post was published on: 05/24/15 in the Book Reviews, Books category 2 Comments 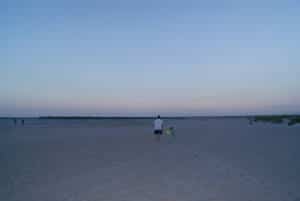 Anyone who says they only have one life to live must not know how to read a book.

As I await the publication of my novel Hattie’s Place, I am eagerly anticipating our family’s annual vacation on June 13. I’m also compiling my reading list for our week at the beach.

Before I continue with the topic of Beach Reading, I want to give you a brief update on the progress of my novel. You can skip this section, if you’re tired of all this buildup. Don’t worry. I’ll send you a memo when the book is actually ready for purchase.

I received the printed draft copy of the book last Tuesday and spent several hours caressing it and admiring it. As my cousin Beth described the experience of authorship, I felt as if I’d just given birth.

The cover could not be more to my liking and the formatting is professional and easy to read.However, as I read the book again in its entirety, I found three typos that I can’t believe I missed.

By now I’ve read it so many times that I can’t be certain if the words are actually on the page or in my head. I didn’t trust myself to approve the final copy until one last set of eyes were laid on it. I prevailed on my son Todd, who, in addition to being a voracious consumer of the written word is a bit of a “grammar Nazi.”He graciously agreed to read it over the weekend. He found two additional typos.

I’ve made all of the final revisions now and have uploaded the edited file onto my author dashboard on the Create Space website. Now I’m waiting for them to convert the file with the corrections and let me know the additional charges.

Remember I told you that every change is made at the author’s expense. I’m expecting it to be around $80.

The final stage will be for Create Space to convert the manuscript to Kindle format. Within 48 hours after that is done, the book will appear for sale through Amazon. It will be offered in print-on-demand paperback and Kindle versions. My guess is it will be out by the end of the week. You’ll be the first to know!

Now, on to the topic of Beach Reading! The following is excerpted from my memoir, Retirement: A Journey not a Destination:

June is the month when our entire family spends one glorious week together at Wrightsville Beach.

We have done it for years, ever since our four boys were little, and have continued the tradition as our family has expanded…Our beach ritual pastimes include lots of talking and laughing and hanging out together in the water and in the sun, beach walks, early-morning fitness runs for the health conscious, board games at night that become increasingly competitive and edgy as the spirits continue to flow and the hour grows late, and tons of good eating.

When we come in out of the sun at lunchtime, nothing tastes better than sandwiches made of white bread, slathered with pimento cheese or chicken salad from Robert’s Grocery and topped with a thick slice of summer tomato.

Nothing is more enjoyable than to sit around the table at night and feast on Bill’s fresh flounder cooked on the grill and the peel-your-own shrimp boiled in beer and served with cocktail sauce generously spiked with Texas Pete.

The beach affords us several days of fun and relaxation, with a little bit of family drama mixed in as the week progresses and each person reaches his/her respective level of tolerance for family togetherness.

One of the four brothers usually introduces the off-color pun or double entendre of the week and the game is on to see who can use it the most frequently in casual conversation and in the most suggestive way.

Last year, as Harry was mixing up a pitcher of Bloody Mary, he and John started talking about how everyone likes their BM’s, and the responses got raunchier and raunchier.

I am much more audience than participant in the word play competition. However, one ritual that fully engages me is that of finding the perfect beach book to devour from cover to cover.

I’ll bet that you have similar memories and I’ll also bet that you’re looking for some good summer reading.

Looking back, I don’t have a top ten list of beach books to share, but four vintage years are memorable enough to mention.

Pat Conroy’s Beach Music had just come out and I could not put it down. Memories of my college days at Furman came rushing back as as I read the story about how, in 1964 the Citadel cadets managed to kidnap our horse Waldo, the Furman  mascot. Naturally, as a Citadel man, Pat got the story wrong. Those of us who were at Furman remember the inside story. Waldo did survive, but was blinded in one eye; and, according to football players Sam Wyche, Billy Turner, and Bill Chastain, there may have been a couple of Citadel cadets who, in retaliation, were captured and locked in the broom closet on the KA hall for a few days.

J.K Rowling’s Harry Potter and the Deathly Hallows had just been released and Todd and I sequestered ourselves in our respective rockers and raced to the end to find out whether Harry would kill Valdemort or Valdemort would kill Harry. Todd finished first but I was close behind.

I was reading The Last Child, a gripping novel by John Hart, an author who grew up in Rowan County, and one that Harry had read and passed on to me. It was the year we all came down with the stomach flu and I was praying it would pass me by, but feeling an undeniable queasiness. It was a race against time to finish the book before the bug finished me, but I just made it.

The year that topped the charts was reading A Game of Thrones and A Clash of Kings, two of the books in the George R.R. Martin epic, A Song of Ice and Fire. Bill and I had binged-watched the first two season of the HBO series Game of Thrones and I just had to know whether Tyrion Lannister had been mortally wounded or if he would return to season three. I believe that’s the first year I read my beach books entirely on my Kindle.

At least one of the books I plan to read is the new Sara Gruen novel, At the Water’s Edge. I absolutely loved Water for Elephants and was intrigued by Ape House, though to a lesser extent.

I love how Gruen gets at the essence of the historical setting and at the same time knows how to tell a story. I understand that Water’s Edge combines a search for the Loch Ness Monster with the events of World War II in the Scottish Highlands.

Two other books that I’ve already read and would recommend highly for beach reading are A Touch of Stardust by Kate Alcott and Guests on Earth by Lee Smith.

Both are stories woven around very interesting historical events. Kate Alcott writes about the making of Gone with the Wind and Lee Smith deals with the years leading up to the fire at the Highland Mental Hospital in Asheville, in which Zelda Fitzgerald lost her life.

Both books are incredibly well-researched in terms of historical detail, and are wonderfully written.

If you have favorites that you can recommend, please don’t hesitate to weigh in and share them on this site. And maybe Hattie’s Place will be published in time for vacation and you will decide to put it on your beach reading list.

For additional reading suggestions see the Book Review tab on my website. http://bit.ly/2AjEVMD