Self-Publishing on Audible.com Part I

27 Sep Self-Publishing on Audible.com Part I

This post was published on: 09/27/19 in the Publishing category 0 Comments 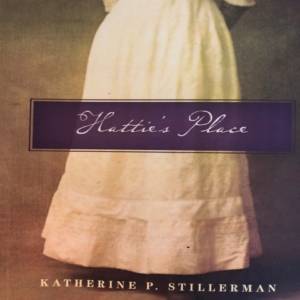 I’ve always been a huge fan of audio books. When I was commuting back and forth to work all those years as a principal, I could go through one or two books a week. I listened to novels, self-help books, history books, biographies, and even language tapes in Italian and Spanish.

Back then, I would rent from RecordedBooks.com. They had the biggest selection of unabridged titles. They would deliver the CD’s through the mail in a returnable mailer, like the old Netflix plan used to do, and I’d have a month before they had to be returned. Now, I have a paid membership to Audible.com, which allows me to download three free books a month. I don’t get through as many as I used to now that I don’t have a daily commute, as I prefer reading from my Kindle when I don’t have to keep my eyes on the road. But for me, there is nothing more engaging than listening to a skilled narrator read the book to me when I can’t read it myself.

That’s why it recently occurred to me that I should consider getting my Barton Family Series on audio, to give my readers more formats from which to choose. Besides, I’d read that although book sales in both digital and print form are struggling around the world, one area is bucking the trend:  Audio books.

My google search on how to publish an audio book led me to Amazon’s ACX. Within a week, I had contracted with ACX narrator Analisha Menefee, to produce the first book in the Barton Family Series, Hattie’s Place, to be completed by October 15. Less than a week after that, I contracted with another ACX narrator,Kelly Jackson, to produce my new book, Rising Above It, to be completed by the first of November 2019.

In all honesty, I would like to have narrated and produced the book myself. However, I lack the editing skills and technical equipment required to turn out a professional product. And, I knew my learning curve would be too steep to get all of that done in a reasonable period of time if I purchased the equipment and tried to do it independently. Better to turn to the professionals this time around, I reasoned. That’s what I did, and I couldn’t be happier with the outcome.

One of my primary concerns was getting a narrator with the right Southern accent to fit my characters, who speak with that distinctive South Carolina Upcountry drawl. I couldn’t have stood a fake accent for Hattie, hearing her say something like “Ahh De-clay-uh” or “Ah’d lyke some nyce whyte ryce.” And that’s what I got with the first few auditions. But then Analisha Menefee submitted an audition tape for Hattie’s Place and I knew she was a natural fit. A Southerner from Texas, her accent is natural and easy to listen to. And her youthful voice works well, considering that Hattie is only eighteen when the series begins. That’s why I was ecstatic when Analisha agreed to take on the project. If you’d like to see some of her other work, you can visit her on Twitter at https://twitter.com/AnalishaMenefee

Having arranged for Hattie’s Place to be produced on audible.com, I began looking for a narrator for my newly published book, Rising Above It. This story begins in 1929, on the day of the Stock Market Crash that triggered the Great Depression. The main character, Hattie Barton, is in  her early forties. Thus, I was looking for a more mature voice with the same natural Southern accent I had found with Analisha. Several excellent audition tapes were submitted, and I was on the verge of accepting one of them. But then Kelly Jackson posted her rendition of the audition script, and  I knew she was the one!

Kelly is also a Texan with a natural Southern accent. My characters resonated with her, and she agreed to produce Rising Above It. She is also willing to take on In the Fullness of Time early next year, in time for the hundredth anniversary of women’s suffrage. Kelly has produced her own book, A Texan Goes to Nirvana, and she has her own Kelly Jackson website.

I’ve already received and approved the first fifteen minutes of recording for both books, and am eagerly awaiting their completion at the end of October. I can’t wait to hear how Analisha and Kelly make my characters come alive for my readers.

You’ll be the first to know when they are published, so stay tuned!

In my next post, I’ll tell you about how I arrived at my decisions to publish with Amazon’s ACX and why I chose the Royalty Share Plus Option plan.

In the meantime, be sure to check out my author page on Amazon.