This post was published on: 09/11/15 in the Writing category 0 Comments

Keynote Speaker for Festival of Books and Authors 2015

I had the pleasure of hearing David Baldacci speak last night at the keynote opening event of Bookmarks 2015. Bookmarks is a non-profit organization, based in Winston-Salem. The organization produces the Carolina’s largest festival of books and authors. In addition, it sponsors an authors in schools program, a series of author talks presenting best-selling and award winning writers, and a K-12 summer reading program.

Winston-Salem really is a city of the arts, and I don’t take advantage of nearly as many opportunities in that area as I should. But this is one I won’t miss.

I’m not a big reader of mysteries and thrillers. However, my husband loves the screen versions of books written in that genre, and we watch a lot of it on television. We loved the movie based on Baldacci’s first best seller, Absolute Power. We also enjoyed the television series based on his books about  Sean King and Michelle Maxwell. I’m currently reading his latest book, The Keeper, the second of his young adult novels based on a character named Vega Jane. 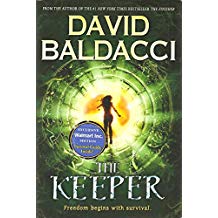 It’s Not Grisham, It’s the Italian

Baldacci was an engaging speaker, whose background is not unlike that of John Grisham. Both men started their careers as attorneys. In fact, he referred to an incident in a restaurant where a woman had identified him as Grisham.

The woman had then yelled across the room to her husband, “It’s not Grisham, it’s the Italian.”

Baldacci spoke about his passion for writing that extended back to childhood, when his mother gave him a journal and suggested that he write down some of his story ideas instead of incessantly talking about them. He was an avid reader early on, making friends with the school librarian, who allowed him to check out more than his weekly limit of books because she knew he would read them and return them well before their due date.

He spoke as well about his first fifteen years as a writer, when he received nothing but rejections. What kept him going was the knowledge that he was doing something that he loved to do.

Passion almost never strikes twice, so if you are given a gift, use it to the fullest.

In the question-answer session at the end of the presentation, Baldacci addressed many of the classic topics that readers are curious about and that writers struggle with. I’ve paraphrased a few of his responses below:

When you have written 20 pages and you can’t think of anything else to write, ask yourself if the story has ended. If not, you must write on to the end. I sometimes don’t know the ending until I’m 100 pages in. I need time to get to know the characters.

For writer’s block: work on something else for while; go take a walk; take a shower. I don’t know why, but taking a shower helps me. Consequently, I am always a really clean person.

I have no formula for writing. Every time I begin a new novel, it’s a lot like writing my first all over again.

Don’t write what you know but what you want to know. Be sure you are passionate about what you are writing because you’ll be spending 1-4 years with it. You’d better be interested in it.

I will avoid becoming formulaic in my writing by always asking, “How did I do it last time and how can I do it differently this time.” Also, I try to get out of my comfort zone and write in a different genre. That’s why I tried my hand at fantasy in my two young adult novels–with fantasy, you have to make up a whole new world; everything must come from your imagination.

Writing what you want to know means you have to do your research. Talk to lots of people, but be prepared for interviews and don’t ask things that you could have learned by doing your homework.

If I Ever Need to Kill Anybody, I’ll Call You

Baldacci told a humorous story about a time he was doing research. He was interviewing a very busy forensics expert by phone, while he was riding on Amtrak. He ended the conversation by saying, “Thanks so much. If I ever need to kill anybody else, I’m going to call you.” His comment was relayed to the Amtrak police, who detained him as a person of interest.

“Watch out when you are asking about how to poison somebody,” he said.  “You can get into a lot of trouble.”

When someone asked about whether he develops his characters with actors in mind to play them, he said that he never does that with books. However, if he’s writing a script, he sometimes indulges in thinking about it. When pressed specifically about the script for the Camel Club, he said that he would favor casting four unknowns.

I Really Don’t Know any Damsels in Distress

Asked for a sneak preview of coming projects, Baldacci said that there would be a third episode of the Vega Jane series, which is currently about 40% completed. Having put Jane on a dangerous quest by requiring her first to escape from Wormwood and then from the dangers of the Quag, “I’ll have to create a whole new world for her in the next novel. I was really mean to her in that second novel.”

But Baldacci said he had to put Vega Jane to the test in order to portray her as a strong protagonist rather than a damsel in distress, “because I really don’t know any damsels in distress.” 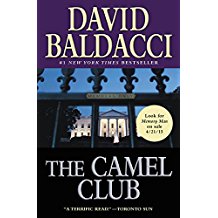 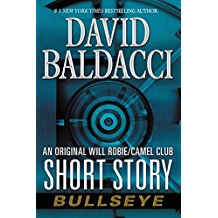 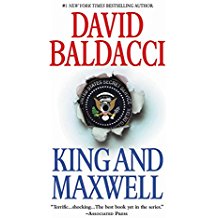 So much to Read and So Little Time

So much to read and so little time! Tomorrow I’m going to a panel discussion of Southern Literature Today with Pat Conroy, Ron Rash, and Cassandra King. I’ll let you know how that turns out.

Baldacci’s books can be purchased through Amazon at  https://amzn.to/2LNLLuR.

For more on authors and fiction, see The Incomparable Pat Conroy .