This post was published on: 01/28/17 in the Lifestyle category 0 Comments 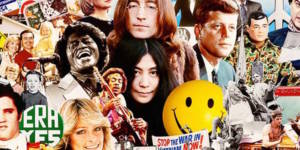 Worst Generation on the Planet?

Recently, I’ve become more active on Twitter as a way to promote my writing through social media.  (See my blog on using twitter as a promotional tool for authors. Thus, I spend a few minutes every day looking for potential followers who enjoy reading or writing in my author genre. So far, that’s memoir and historical fiction.

One day last week, I entered the hashtag Baby-boomers, thinking I might discover a few more like-minded people to follow. Was I ever in for a rude awakening!

The first tweet that popped up was one from @LongislandIceDP excoriating the Baby Boomer generation as “the worst generation ever to grace the planet.”

Wow, where did that come from? I wondered, as I read on.

@Schickadance added:  #Lying #forgetfulness & #dumb r the new #fashion #Trump is the poster child for foolish #babyboomers. Do as I say not as I do is their shtick.

Well, I couldn’t argue with that. I voted for the other baby boomer. But reading on:

@EddieGCR weighed in with More than 90% of Millennials agree, #Babyboomers have got to go! You spill so much hate and ruined it for all #future generations.

@Moneydrummer33 said Holy crap. It’s generational. That’s it, never have I been more convinced that #babyboomers are nitwits.

@Studean44 minced no word with
The baby boomers are literally the worst generation of human beings. Please die soon so we can un-fuck this up.

Surely, this is the last of it, I hoped.  But the rant was only getting started :

@BobbiCool. #Babyboomers used to be the gatekeepers emphasis on #usedtobe.

@abbycop. My boss doesn’t know what a screen shot is but makes 150k a year. Help. #Babyboomers #retirealready.

@sofi_draws. I wish I looked up to more baby boomers…but all they do is whine about us in social media. Be proactive. #babyboomers

@CrewtonRamone. The #parenting fail of the #babyboomers on display for all to see. #college #university.

@AYAmericans. Welcome to our broke reality, #babyboomers. Now will you do something about #education reform?

@DirtyDirtySon. It’s so fun to work with a 57 year old guy who I have to constantly repeat what I say to & show how to do his fucking job. #babyboomers.

@MitchEvans311. #Babyboomers are the worst. The only good thing they ever did was give birth to me.

What’s the Source of all This Baby-Boomer Bashing?

At this point, I wanted to tuck my baby-boomer tail between my legs and retreat to Facebook. The rhetoric is friendlier there. Plus, I don’t have to limit my comments to 140 characters. Instead, I decided to read on, in hopes of discovering the trigger for this tweeting tirade against my generation.

Bingo! I think I found what’s at the heart of the matter.

It’s a study conducted by the Young Invincibles advocacy group, published in January 2017. The title of the study: Financial Health of Young America: Measuring Generational Distinctions Between Babyboomers and Millennials.

Based on Federal Reserve data, the report concludes that Millennials are currently earning 20% less than boomers did at the same stage of life. http://younginvincibles.org/financial-security-report/

Okay, that’s got to be discouraging news to the now-largest generation in the work force. It’s also bad news for all of us who believe in the American dream. Children should surpass their parents, both in intellect, skill, and ability to generate income. But let’s dig a little deeper.

The majority of citizens in this country are feeling the pinch. They watch while the privileged minority hoard resources that could be distributed more evenly and fairly around the nation and world. In addition, many of these are millennials, who make up a about a quarter of the population. Many are not. It’s really not a generational issue. It’s an equity issue.

Now I admit, we baby boomers exhibit our fair share of selfish and entitled behavior. You need look no farther for evidence than our president and Tweeter-in-Chief. On the other hand, the largest source of philanthropy comes from the Baby Boomer generation. And, many of our generation have used our resources for the greater good. We’ve donated to the causes of justice, environmental protection, universal education, peace, and global unity. Think Erin Brockovich, Steve Jobs, Bill Gates, George Clooney, Michelle Obama, Barack Obama, to mention only a few.

Don’t Demonize a Whole Generation for Traits All Humans Share!

My point is, we baby boomers come in all sizes and shapes. We exhibit a range of virtues and vices. So don’t demonize a whole generation for traits that all  human beings share.

Millennials often get criticized unfairly by the boomers as well. We call you distracted when what you’re really doing is multi-tasking. We say you’re obsessed with social media when you’re simply trying to stay connected. We say you want instant gratification and recognition when you’re only seeking feedback and career advancement. You’ve been called lazy, entitled, self-obsessed narcissists. On the other hand, you come across as open-minded, self-expressive, upbeat, and passionate about equality.

I hope I’ve made my point. Virtues and vices, or at least the perceptions of them, are equally distributed among people of all ages in this country. What’s not equally distributed are the resources. It’s because we have a real disparity between haves and have nots. And frankly, that problem threatens to divide and destroy us. We have to ban together and change it!

We Need Each Other, Millennials!

I know that a certain degree of trash talk will always exist between the generations. But let’s not allow it to stand in the way of our unity. We need each other, Millennials! We’re in this fight together.

Finally, as one member of the Baby Boomer generation, let me say that I care deeply about your reality. I am cheering for you to become the smartest, richest, most compassionate generation ever to exist. After all, the best thing we baby boomers ever did was give birth to you. Now, enough of the brutal baby boomer bashing. Grow up! We’re not the enemy.