What About Us Baby Boomers?

18 May What About Us Baby Boomers?

This post was published on: 05/18/15 in the Lifestyle category 0 Comments 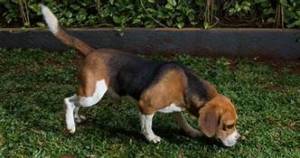 Track that Critter Down!

Lately, I can identify with our old Beagle “Doonesbury. “He used to pick up the scent of some critter, become completely distracted from whatever he was doing, and dash off in pursuit of it. His body looked as if it were being pulled along by his nose.

I’m like that in my retirement. I can be working on a project–usually writing or researching something–when I sniff out an unfamiliar word or topic that sparks my interest. Then off I go to track that “critter” down.

That’s what happened several weeks ago when I was trying to locate a particular quotation for my novel Hattie’s Place. I was in our basement guest room, searching through a shelf full of my father’s books. My eyes were drawn to a title, written in bold red print on the spine: Boomeritis.

I recalled that my dad had been intrigued with the novel, as well as the voluminous non-fiction works of its author, Ken Wilber. I also remembered that he had encouraged me read it. Alas, I never did. Thirteen years hence, I finished the book, and then one thing led to another. I began reading every book I could find by Wilber, starting with the ones from my dad’s library.

Not Your Typical Novel 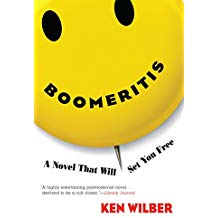 Boomeritis is not your typical novel. It’s Baby Boomer, Ken Wilber’s attempt to convey his integral approach to the development of human consciousness. He accomplishes this through a set of characters seeking to find meaning in the fragmented society of a postmodern world. Wilber, a member of the Boomer generation, casts himself as the main protagonist, a young version of himself.

The message contained in the plot is this:

The Boomers were the first major generation in history to evolve in large numbers to the green meme (stage)–an extraordinary accomplishment that brought with it civil rights, environmental protection, feminism, and health care reform. All of this is due to the Boomer’s everlasting credit.

But then, as we shall also see, the Boomers got stuck at green, lost in green, and a green that very soon began to go pathological. Green pluralism became a magnet for red narcissism, and this explosive combination –boomeritis–very nearly destroyed a generation.  (Boomeritis, Wilber, p.102)

The determination of the Boomer generation to eschew authority and to bring about egalitarianism created a kind of flatland. This is a landscape where all values and stances hold equal weight.  “…nothing is better, nothing is higher, nothing is deeper.”

“Nobody Can Tell Me What to Do!”

Out of this perspective came the narcissistic conclusion that “Nobody can tell me what to do.” And this, says one of Wilber’s characters , “is the tragedy of the Me generation.”(Boomeritis, Wilber, p. 102)

The cure for boomeritis requires no less than the giant mental leap from tier one to tier two consciousness. That would involve a transition from exclusively defending one’s own world view, to an integral and holistic consciousness that embraces and incorporates the whole spiral of development from ego-centric to ethnocentric to world-centric.

Wilber describes how human consciousness develops in waves.  It proceeds from ego-centric to ethnocentric to world-centric. Each stage transcends and includes the next. In first tier thinking, the individual can only think horizontally and can only defend its own world view.

With the leap to second tier thinking, the individual can think both horizontally and vertically. This means that it can view the entire spectrum of growth. It can also understand the importance and value of each level in the overall development of the growth spiral.

The Boomers, as a large generation, were the first to evolve to the world-centric stage. This suggests that the holons, or parts of its world view are composed of the ego-centric and ethnocentric world views that preceded it.

A Shift from Relativism to Holism; Pluralism to Integralism 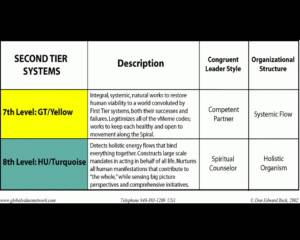 To make the leap to second tier thinking will require a shift from relativism to holism. Additionally it involves a shift from pluralism to integralism.

In other words, it is not enough to recognize the differences in various cultures and to become sensitized to the marginalization of others. The challenge is to find ways to link those cultures and groups together in an integrated network,  for the good of the planet and for humankind. It is only when we can think horizontally and vertically that this is possible.

Will Boomers Make the Leap to Second-tier Thinking and Save the Planet?

Boomeritis raises this question:  “Will the Boomer generation find the cure for its narcissism and save the planet by making the leap to second tier thinking?  Or, will it linger in the flatland of self-absorption and leave the job to the Gen X’ers?

I’ll put my money on the Boomers. We’re too vain to let our kids do it.

I’m going to have to stop talking about all of this now. It’s making my brain hurt! I think I’ll go out and find a trashy novel to read.